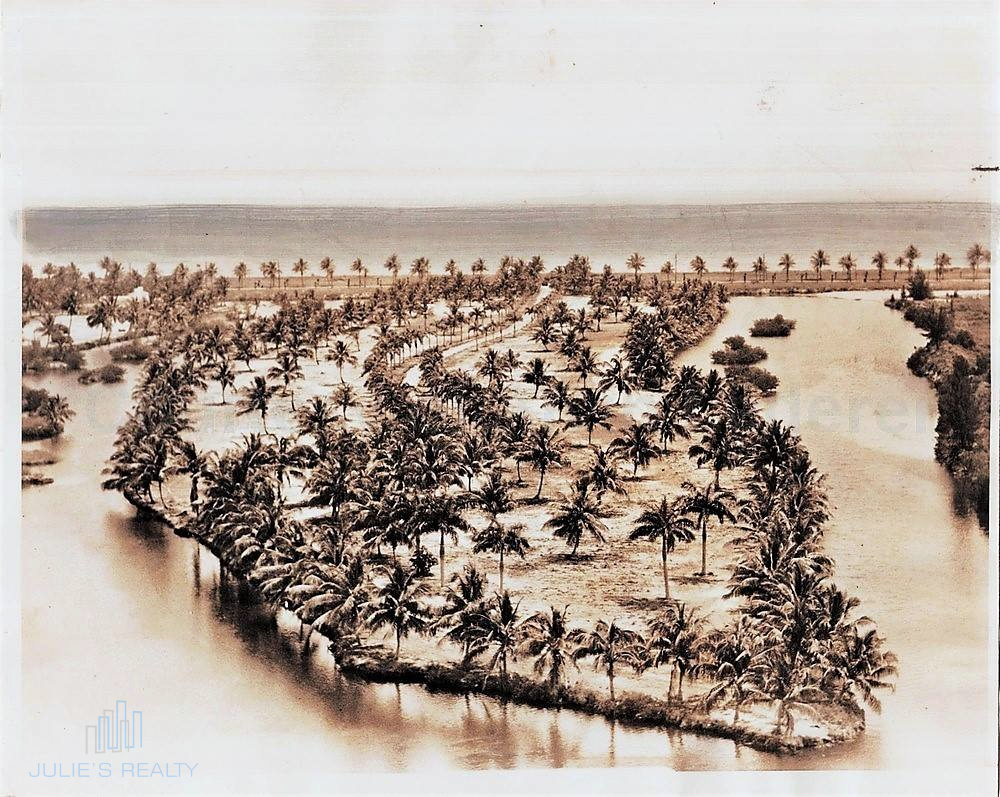 Originally named "Fairyland Recreational Island", an amusement park with a Ferris Wheel and more, was planned to be built on the island before the plans were scrapped. Later, the Castaway Hotel was built in 1958 instead.

What is now known as Oceania Island Condominiums at Collins Avenue and 163rd street, was once a perfect example of what the average tourist thought Miami was from the 1950's to the 1970's.
Once known as 'America's Most FUNderful Resort Motel', the Castaways Hotel was designed with Oriental / Neo-Chinese Polynesian Pastiche architecture.  It was extravagant and was one of the gems of Miami Beach's "Motel Row".
The motel featured 540 rooms, tennis courts, putting greens and a world famous bar known as the "Wreck Bar". Open from 11AM-5AM, the Wreck bar played live rock'n'roll to its patrons and featured bikini wearing go-go table dancers. They gave away maracas, mallets and other musical instruments to anyone who asked. The 'Wreck Bar' also hosted musical superstars such as The Beatles, Jimi Hendrix, and the Monkees, among others.
Bill O' Reilly was at one time a bouncer for the 'Wreck Bar'. Seriously... you won't find a rich history like this very often.

In 1984, the Castaway Hotel met its fate and was demolished. 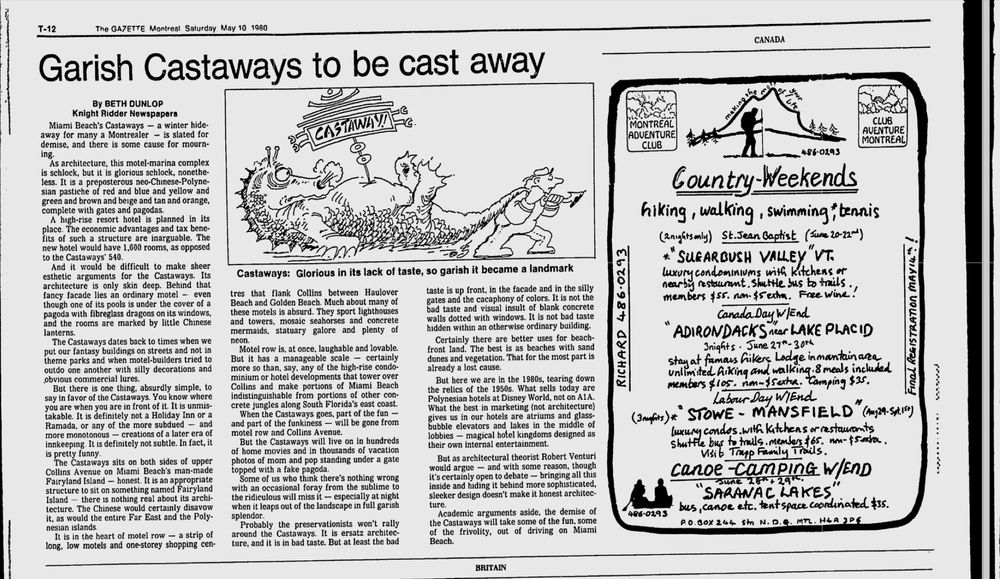 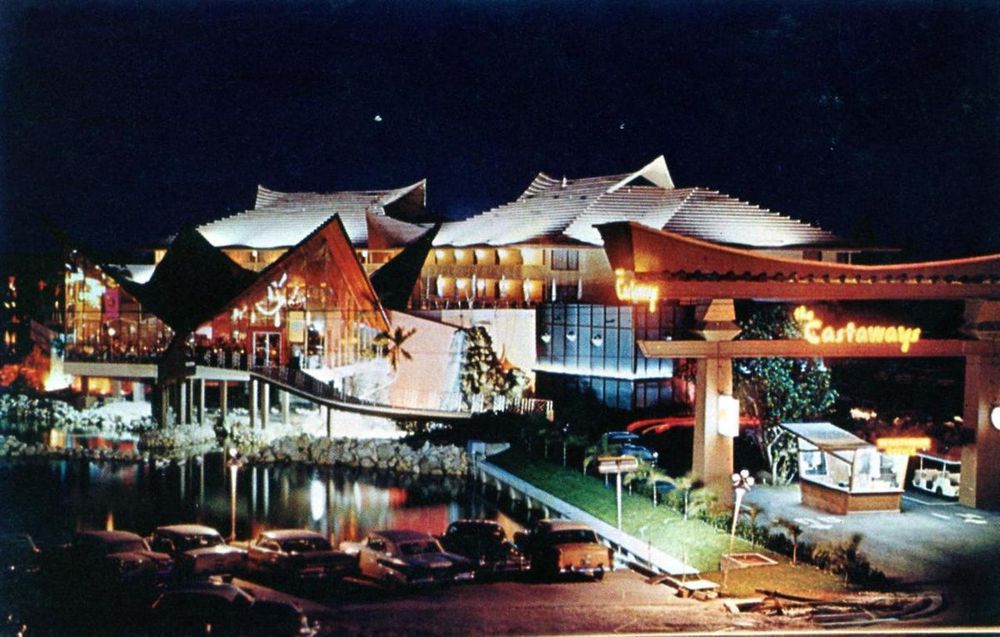