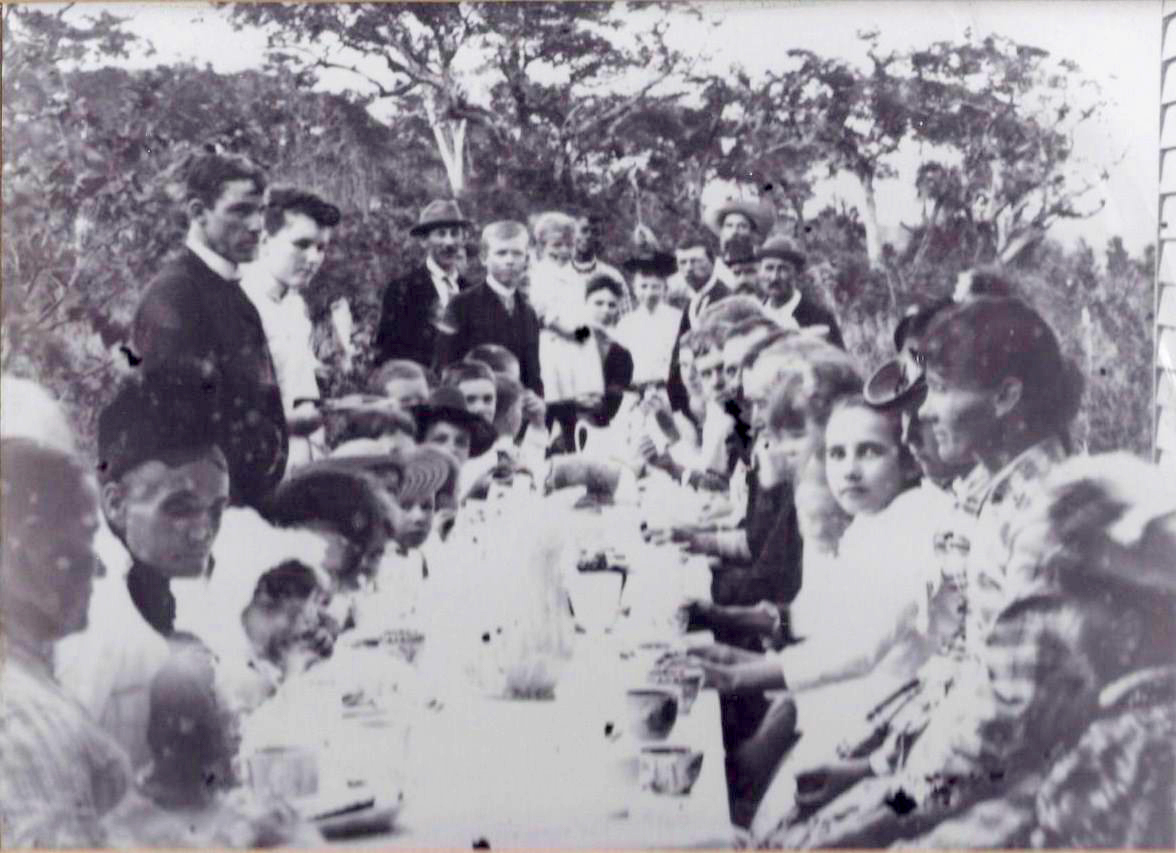 Community Picnic at The Peacock Inn about the whole town turned out for this oneCocoanut Grove, Fla. 1890

Among the first permanent settlers in South Florida were grocers Charles and Isabella Peacock, who arrived in Coconut Grove encouraged to establish a hotel. Their hotel, originally named 'Bay View House', was built in 1883.
Later renamed the Peacock Inn, it is where the first community meetings in Miami were held. Eventually, some visitors to the Inn decided to stay in the area and thus, 'Coconut Grove' was born.
The Inn closed in 1902 and the city of Miami purchased the private property in 1934 for $63,500 (Over $1Milion if adjusted for inflation), and created the 'Coconut Grove Bayfront Park'. The city renamed the park in 1973 to 'Peacock Park' in honor of Charles and Isabella Peacock.

The park and Coconut Grove became noted as an area of the hippie counterculture in the mid to late sixties and hosted several concerts at the end of the decade. 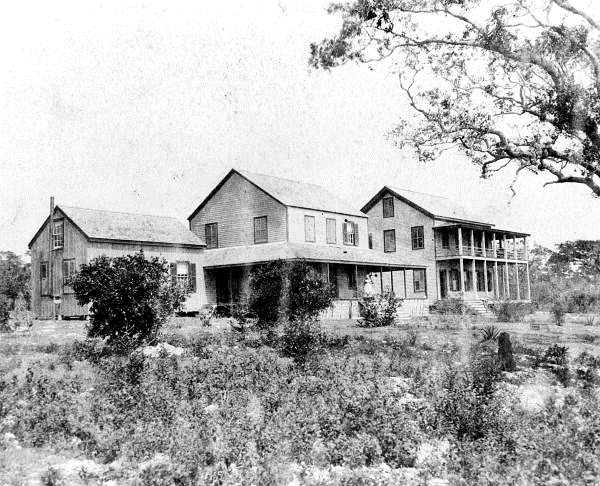 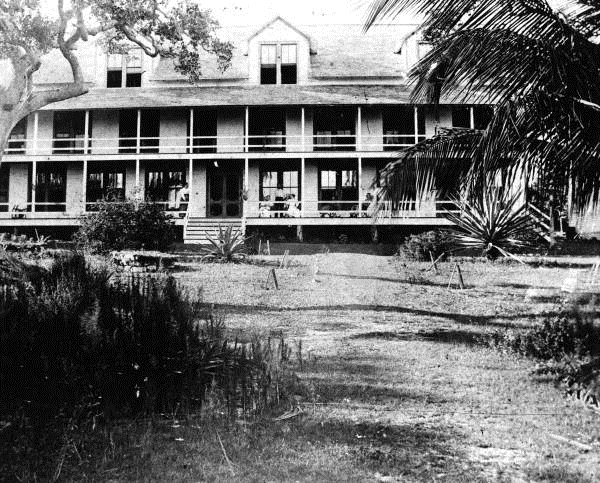