This wonderful look back into Miami History claims this drawing to be the earliest depiction of settlement in Miami drawn by a soldier stationed at Ft.Dallas in 1849. 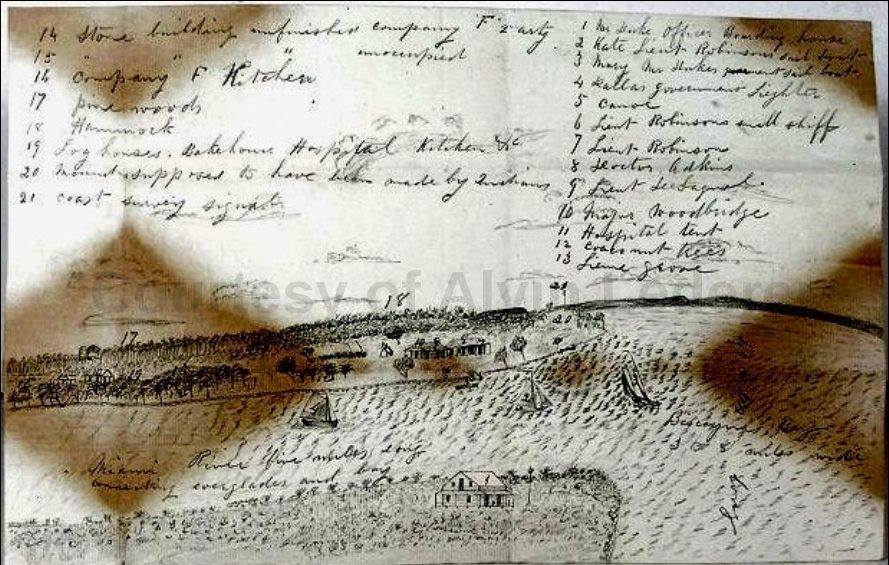 1849, hand Bird’s-Eye-View of Miami, Florida - in fact, THE first known view of a settlement on the spot where the City of Miami would eventually flourish!! This drawing was made by a member of Company F of the United States Army’s 2nd Artillery Regiment which occupied the land at the mouth of the Miami River (then known as Fort Dallas) from October 1849 to December 1850. This was the third and longest occupation of the site of Miami, Florida by U.S. Army troops and was the first occupation since the site was abandoned in 1841.

We cannot stress enough the historical importance of this amazing View. It is the first known depiction of the settlement at the mouth of the Miami River and as such is the first known view of what would become the City of Miami, Florida. The drawing was made by an artillery soldier and sent a letter to a member of his family that lived in Southern New Hampshire. The Artillery Soldier not only drew a highly detailed view of all of the buildings that made up the settlement, but he also included a legend that identifies each structure as well as various topographical details. The soldier has even drawn representations of the “recreational” sailboats belonging to various officers of the Regiment. First a physical description of the Drawing: The Bird’s-Eye-View is drawn in pencil on an unlined sheet that measures approx. 12 ½” by 7 ½”. The view itself occupies the lower half of the sheet and depicts both the north and south banks of the Miami River at the point where the River empties into Biscayne Bay. Fort Dallas, located on the north bank, is in actuality a cluster of small, unfortified structures. Each building is numbered and each is identified in the legend which appears in the upper half of the sheet. Included are structures identified as the residences of “Major Woodbridge”; “ Adkins”; “Lieut. Robinson”; “Lieut. De ” (these are the officers of the 51 man garrison that occupied the site of Miami, Florida in 1849-50). Other structures include those identified as “Hospital Tent”; “Company F Kitchen”; “Stone Building unfinished Company F 2nd Artillery”; “Log houses. Bakehouse, Hospital, Kitchen, etc”; as well as a few other miscellaneous structures. Topographical details include those identified as “Pine Woods”; “Hammock”; Coconut Trees”; “Lime ”; “Mound supposed to have been made by Indians”; and “Coast survey signal”.

There is a single structure on the south bank of the river which is identified as “Mr. Duke’s Officer Boarding House”. the “artist” has drawn 5 boats in the river which are identified as “Kate - Lieut. Robinson’s ”; “Mary - Dukes government ”; “Lieut. Robinson’s small skiff”; “Dallas government Lighter” and “Canoe”. A pencil notation is written in the Miami River that reads “Miami River five miles long / connecting Everglades and bay”. Another pencil notation is written in the bay that reads “Biscayne Bay / 3 to 8 miles wide / 40 miles long”. Besides the structures and identified details, the view includes a wonderful assortment of trees and vegetation that gives a real sense of the “look” of the area at the time the drawing was made. In the distance at the right, the profile of the opposite shoreline of Biscayne Bay can be seen. This wonderful drawing has a charming, “Folk Art” appearance even though it is very detailed and was meant to be a true illustration of the site and not a work of art. The View has vertical and horizontal folds as well as areas of light staining that confirm that it was included in a letter sent through the mail. Unfortunately, we do not have the letter sent with it nor the cover it was sent in. Now the History of the View:

This important drawing came to us directly from the descendants of the soldier who made the drawing. About 2 years ago, a local auction house sold the contents of a Southern New Hampshire estate. There was an archive of letters written by an ancestor who served as a member of the 2nd Artillery and was stationed at Fort Dallas in 1849-1850. Shortly before the archive of letters was offered for sale, the family decided to keep the letters and withdrew them from the sale. This was somehow overlooked and we purchased it as part of a small group of unrelated documents and ephemera. We have spent the past two years trying to contact the family through the auctioneer in the hopes of identifying the soldier and/or obtaining the letter of transmittal that surely accompanied the drawing. All of our efforts have been thwarted and we have finally decided to sell the Drawing “as found” with as much historical information that we have been able to find regarding its origins. We contacted the History Miami Museum - the premier repository of information and artifacts related to the History of Miami, Florida. The curators there were extremely excited about this amazing find. While not willing to state outright that this was most certainly the earliest known view of Miami (the Museum collection includes a map of the area dated 1852 that they are proud to state is the “earliest known depiction of Miami”) they agreed that this drawing was certainly “one of the earliest depictions of a settlement on the site of the City of Miami”. 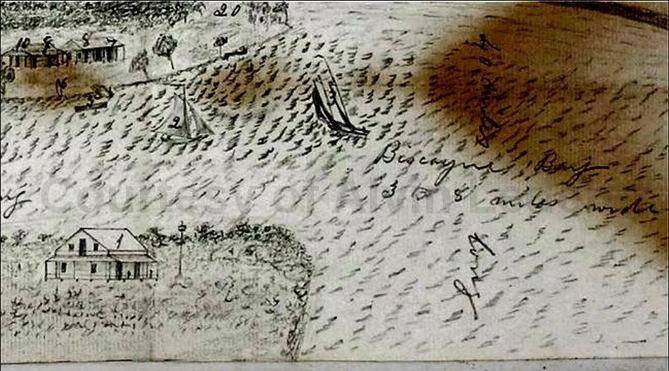 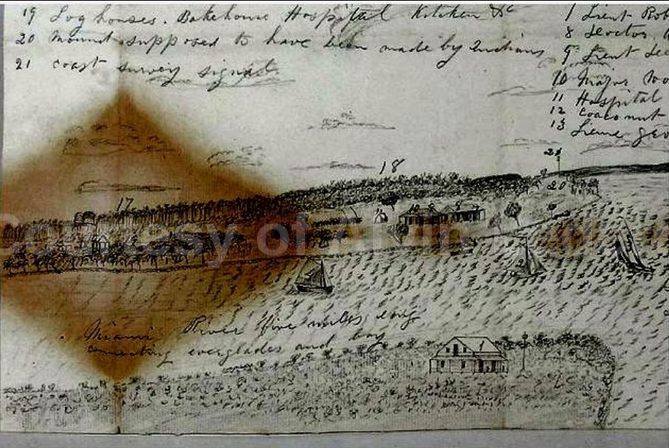 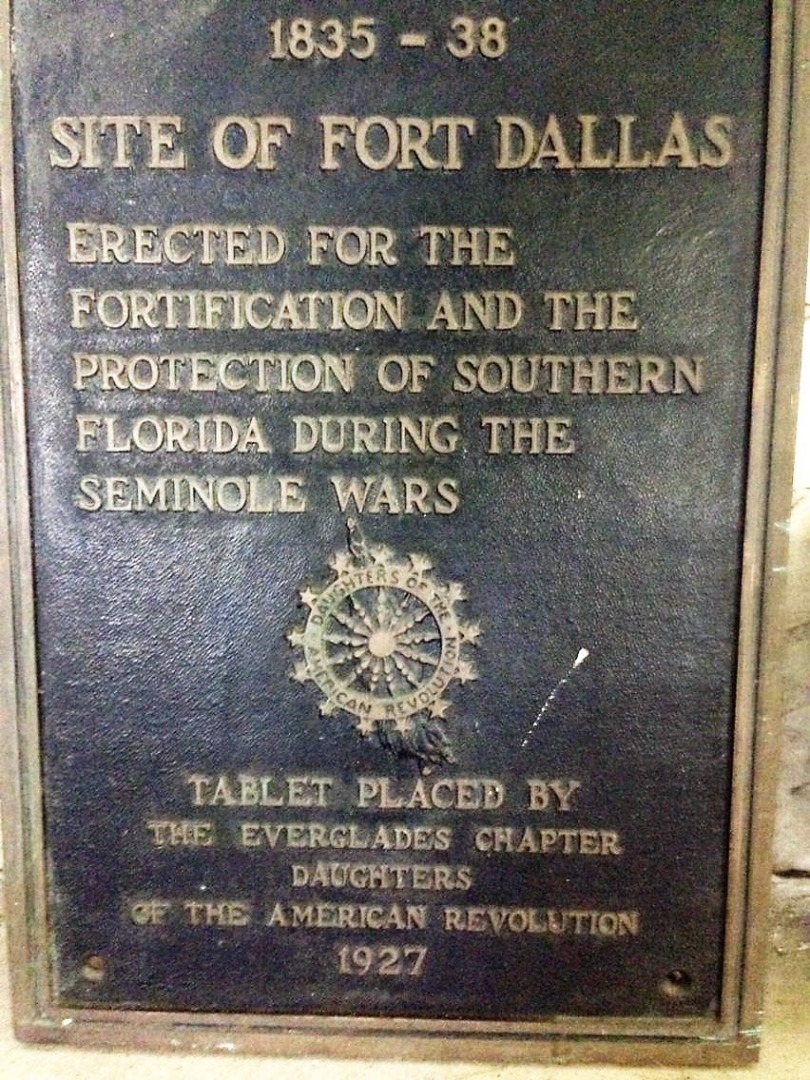 All photos and information in this post are from Alvin Lederer.